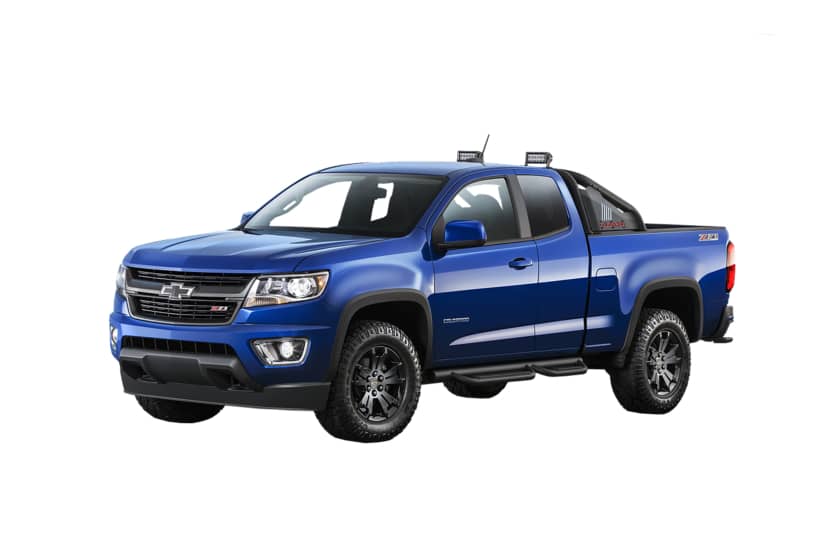 Chevrolet offers different models and Chevy Silverado is the most popular of them.

Ultimate features and user compatibilities make it a perfect pickup truck. When the ABS light is on, you must know how to disable the ABS light on Silverado.

There are several reasons why the abs light is on, but you need to have the specialist’s code read. If everything is fine with the ABS, you probably need to get rid of the irritating abs light.

Any warning light in Chevy Silverado’s dashboard indicates that something is wrong with the specific component of the truck.

You don’t need professional tools and equipment to disable the ABS light on Chevy Silverado.

The process is pretty simple, but before jumping to the process of how to disable abs light on Silverado, here are a few other things that you need to know.

We will also discuss what does abs warning light means and how to clean the abs sensor to prevent the abs warning in the future. Let’s get started with the basics of the content:

How to Disable ABS Light on Silverado: 05 Easy Steps

The days of disk brakes are almost over with the introduction of advanced braking systems like ABS and EBD.

These braking systems consist of many components, including fuses, sensors, and other complicated tools.

ABS malfunction means that the braking system is not in complete operation, and the ABS light in the dashboard will start blinking or stay on constantly.

In both conditions, the driver needs to deal with the issue instantly. The best way is to have the abs system checked by a professional mechanic with the help of an OBD2 scanner.

The light is supplied current through the fuse box like any other component of the car.

Removing the fuse for ABS means that light will no longer have the power supply and will eventually turn off.

Like most other cars and trucks, Chevy Silverado has the fuse box under the steering wheel. You can access the fuse box without any additional tool.

Pull down the fuse box so you can remove the ABS fuse.

There will be a fuse puller inside the fuse box of the Chevy Silverado.

Removing the fuse will not only make the abs light go away on your Chevy Silverado, but it will also disable the abs.

Without abs, the braking system of Chevy Silverado may not offer you the desired control and stopping capacity.

Once you have removed the abs fuse, check if the fuse is blown out.

Damaged or burnt fuse also results in the abs light on Chevy Silverado. For the burnt abs fuse, you will have to replace it with the new fuse.

For the fuse replacement, make sure to use the new fuse of the same amperage as the old one.

The amperage of both fuses must be the same, or the system will not be operating unless the current flow is established.

There are separate abs sensors for each wheel that communicate with the primary system of the car.

The abs sensor looks just like the tiny box.

You can easily tell if the wires to the sensors are broken in any way. In case of broken wires, just fix the wires and the abs light on Chevy Silverado should go away.

Step 5: Off the Light Permanently

Now, it’s time to check whether the abs light on Chevy Silverado has been disabled or not. Turn on the car’s internal ignition and the abs light will illuminate for a moment. After a few seconds, the light should be permanently off.

In some cases, the Chevy Silverado owners tend to remove the LED from the dashboard for the ABS warning to disable the light.

Whenever the system communicates with the ABS, the warning light will not appear in the dashboard as there is no LED behind the warning sign to illuminate it.

In the worst condition, if the light is not going away in any case, contacting the professional mechanic may be the best option for the Chevy Silverado owners.

What is ABS Light?

ABS in the Chevy Silverado represents an “antilock braking system,” and if the abs light is on, it indicates a malfunction with the braking system of the truck.

The same concept of ABS light goes for almost every car in the global automobile market.

When any component or the whole abs is not working in the Chevy Silverado, the ABS light will stay on. In some cases, the abs light stays on just due to a broken or damaged abs fuse or sensor.

In such a case, you can easily turn off the ABS light on your Chevy Silverado.

The exact reason behind the illuminated abs light can be determined by using advanced computerized diagnostic tools.

Required Tools for the Process

The process of disabling the abs light on Chevy Silverado is pretty simple. If you have the OBD2 scanner, then the abs light can be turned off with the help of the tool.

Unfortunately, the OBD2 scanner is an expensive deal, and we assume that you don’t have one. The manual way of disabling the abs light on Chevy Silverado is even simpler.

You just need to ensure that you know where the fuse box is located.

For the whole process, you just need a fuse puller. This fuse puller can be easily found in the fuse box. You also need to identify if the fuse has corrosion or any other thing covering the surface of the fuse.

Apart from the fuse puller, no other tool is required in normal condition. The mechanics may use different other tools and equipment, but we don’t need to go into those detail.

A simple fuse puller will do the job for our procedure.

For Chevy Silverado, the process of disabling the ABS light is simple because the off-roading drive generally causes a different malfunction in the truck.

Due to use in extreme conditions, there might be some rust or corrosion between the wheel hub and abs sensor on Chevy Silverado.

For effective communication, the abs sensor must be cleaned.

If you have not cleaned the abs sensor for a long time, it can also be one of the reasons why the abs light is on your Chevy Silverado.

Here are some tips to clean the abs sensor in Chevy Silverado:

Use the Car Jack to Lift the Car

Accessing the sensor on a plain surface may not be possible for the common person.

Mechanics and professionals have specific tools to easily locate the sensor, but you can use the car jack. You can now find the abs sensor under the wheel hub.

Don’t Use Water to Clean the Sensor

While cleaning any area on the wheel hub or the abs sensor, never use water or any typical fluid as it will do more damage.

Instead of water, use air to remove the particles and dust that may have clogged the connection.

Remove Rust with a Wire Brush

You need to be extremely careful during the cleaning process. For dust particles and debris, you can use the microfiber of normal cloth.

A wire brush can be used for the hard surface of the rust.

Use Chemical if Needed

In most cases, the microfiber towel is enough to clean the dust and debris, but if you have any special chemical that can remove the rust, go for it.

After cleaning the sensor, let it dry for some time, and don’t immediately reinstall the sensor while it is wet.

The ABS sensor cleaning process may not always work for your Chevy Silverado.

The replacement of the abs sensors for Chevy Silverado can cost up to $350.

The sensor is responsible for monitoring the speed of the wheel, so it needs immediate replacement if you want better control and safety while driving your Chevy Silverado.

Here are some simple steps to replace the abs sensor in Chevy Silverado:

Lift the Chevy Silverado with the help of the floor jack and make sure that the truck is parked on a hard plain surface. The truck must be high enough to easily move the wheel.

Now, remove the brake rotor of the Chevy Silverado from the hub of the wheel.

Step 3: Remove the Wires for Sensor

The ABS sensor for Chevy Silverado should be behind the rotor. The exact shape of the Chevy Silverado abs sensor may be different for old and new models, but it generally looks like ‘L.’

There will be some wires connected to the sensor from the backside of the box.

Remove all the electric wires connected to the sensor and use a wrench to remove the sensor from the hub.

Step 4: Replace the New One

Place the new sensor precisely in the place of the old sensor and fix all the electric wires and bolts.

Reinstall all the nuts and bolts that you removed before, and every single component must be attached to the original place and lower the car with the jack.

Your Chevy Silverado is good to go with the new abs sensor.

However, it would be easy for maintenance if you know how to disable ABS light on Silverado.

Whether you have cleaned the abs sensor or just replaced it, you always need to double-check before driving that problem has been solved.

Take some time to test the cleaned sensors, so you don’t face any issues while going out with family and friends. ABS warning light or the bearing sound may help you to detect the issue; something is not fixed properly.

Chevy Silverado is generally used for off-roading and adventurous trips, so it is a good practice to actively monitors the performance of brake pads and ABS.